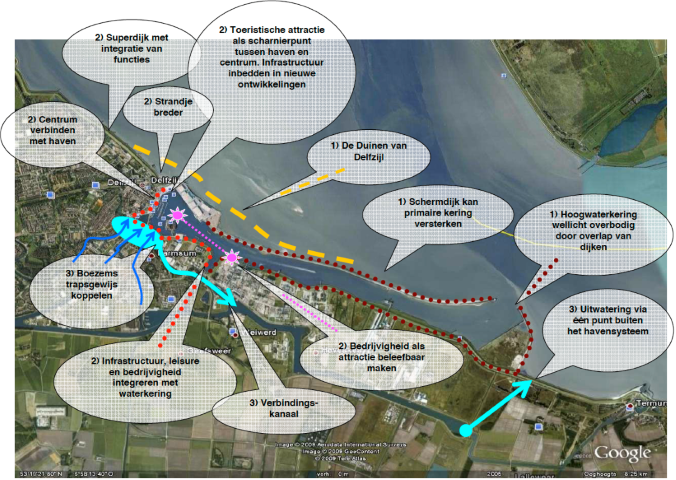 The Marconi project started in 2009, and had the aim to restore the connection of the city Deflzijl with the port and the Wadden Sea (see image on the left). The municipality of Delfzijl was in the lead of the Marconi project and worked together with Groningen Seaports and several other stakeholders.

Later the Marconi project became  part of the knowledge development programme Building with Nature Wadden Seaports (2013-2017) which was lead by EcoShape. EcoShape is an advisory consortium cooparating with many disciplines. The aim was to develop new salt marshlands, a bird breeding isle and a dyke should be situated  land inwards  to make space for a beach, without affecting the Natura 2000 area.

Dredging sediment was used to ‘build’ the marshlands. The area is expected to colonise rapidly with vegetation and show vertical accretion. It will most likely become a semi-natural salt marsh only, as full salt-marsh functioning is almost never reached in a reconstructed salt marsh. What may be expected, though, is the presence of various typical salt-marsh plants, a location for birds to rest at high tide and on the higher parts possible breeding of birds. EcoShape monitors the progress.

Marconi is supported by the Waddenfund 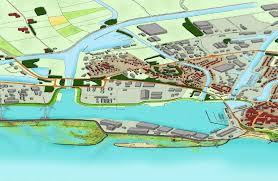 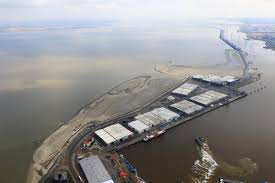 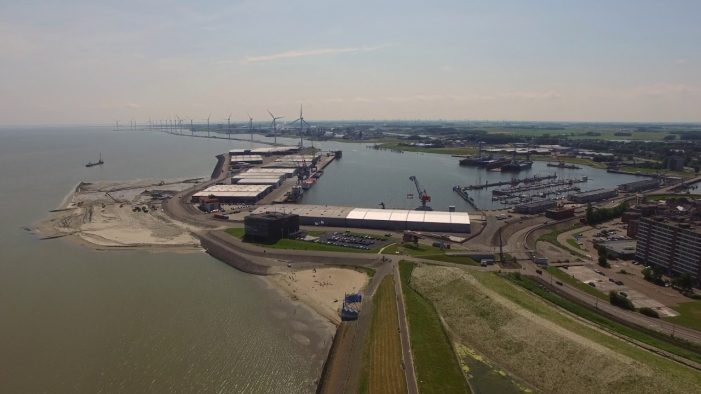