NPorts is part of the “Fishing for Litter” initiative launched by the NABU (Naturschutzbund Deutschland e.V.) in 2011. The local fishermen are invited to dispose the marine waste that is trapped in their nets at the specially provided containers free of charge. Subsequently, the fished wastes are examined on recyclability and composition. Based on the results, effective strategies for the prevention of marine waste can be developed.

Large amounts of litter are polluting the oceans and affecting the marine environment. The fishery in Den Oever participate in a project of KIMO – Fishing for Litter. This initiative comes from the Green Deal; ‘visserij voor een schone zee’. At the moment, several Dutch ports are participating in the Fishing for Litter project. With this project, waste is actively removed from the sea by the fisherman. Large bags (big-bags) are provided for the fishing boats were they can deposit their marine litter; that is, litter that they have hauled in during their fishing activities. After each trip, these bags are deposited on the quayside and collected for disposal and recycling. Next to the direct removal of waste from the sea, the project also raises awareness to the problem. KIMO monitors the collected amounts of litter which in turn the port authority will make agreements with KIMO to gain insight in these numbers. 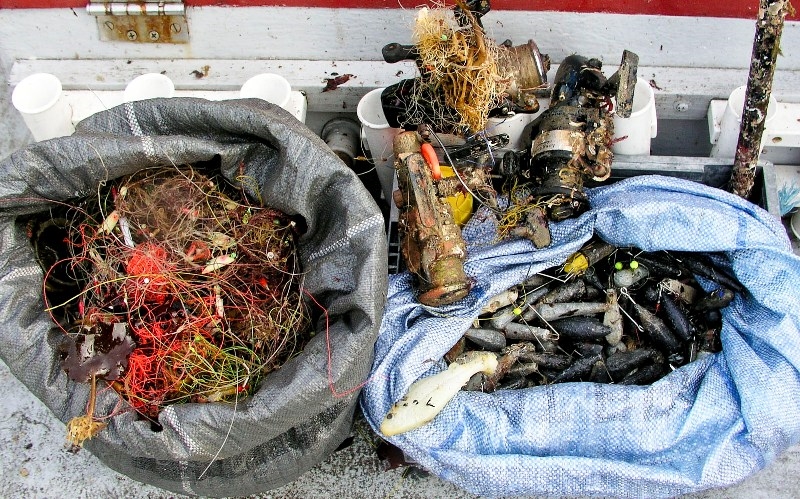