The search for suitable climate adaptation strategies is a highly topical issue for the North Sea coast in particular and consequently also for the North West Metropolitan Region as a coastal region. In view of the anticipated changes, these regions will be faced with long-term challenges in various sectors, such as coastal defence and nature conservation, the adaptation of water management systems and agriculture, the development of ports and shipping.

In cooperation with stakeholders from the sectors of agriculture and water management, coastal defence and nature conservation, an idea has been developed for a regional climate adaptation and development scheme in the Drepte lowlands which is aimed at achieving an acceptable balance between the creation of a highly diverse tidal landscape, nature conservation, agriculture and energy generation as well as tourism and recreation. In terms of design, scale and contents, this project is totally unique in Europe.

A preliminary study has been conducted to prepare the contents and organisation of the potential realisation of the idea of a tidal polder in the Drepte lowlands. This study identified the requirements and objectives of a subsequent feasibility study.

The central economic and ecological objectives of the project idea were: 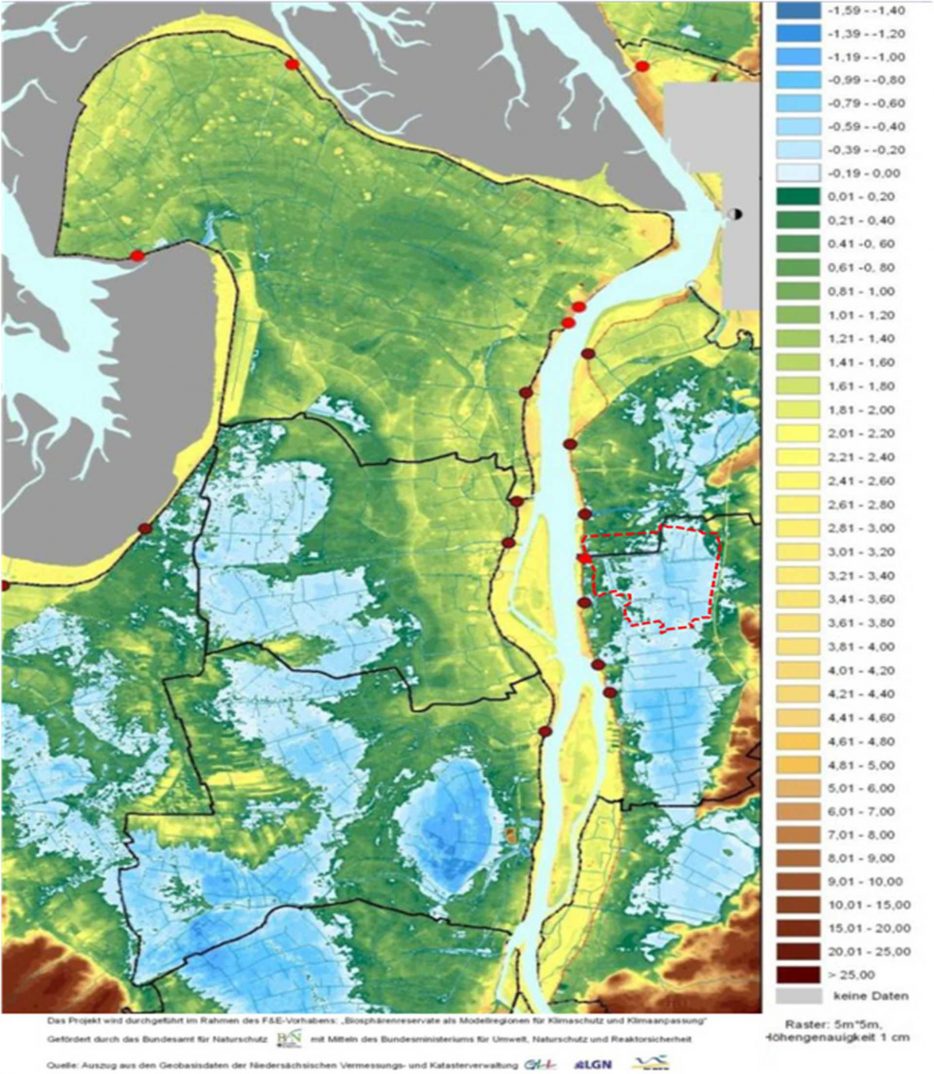 Conclusions of the preliminary study

The preliminary study concluded that sufficient sediment is available in the River Weser at the level of the Drepte lowlands to permit the area in question to build up enough sediment through near-natural processes. Potential solutions have to be found for the – at least temporarily – conflicting interests of agriculture and nature conservation. Both the farmers involved as well as the conservationists pointed out that the time has come to investigate and promote potential adaptation strategies which go beyond the ordinary concepts of conventional coastal defence.

In conducting this study, the parties involved have taken promising steps towards overcoming the existing conflicts of interests and cooperating to find innovative potential solutions to a problematic future issue.