Until now, LNG has been used in only a few vessels. To promote the use of LNG, we have launched a pilot project for an LNG-powered hopper barge. Compared with conventional marine fuel, such as heavy fuel oil or marine diesel oil/marine gas oil, LNG emits no sulphur oxides and virtually no particulate matter. Subject to optimum combustion, the emission of carbon dioxide can be reduced by up to 25 % and the share of nitrogen oxides by 80-90 %.

For international port locations, shipping emissions are highly significant in terms of volume. As well as carbon emissions which cause climate change, shipping also generates large quantities of sulphur oxides, nitrogen oxides and particulate matter, all of which have different adverse effects on our eco-system and human health. 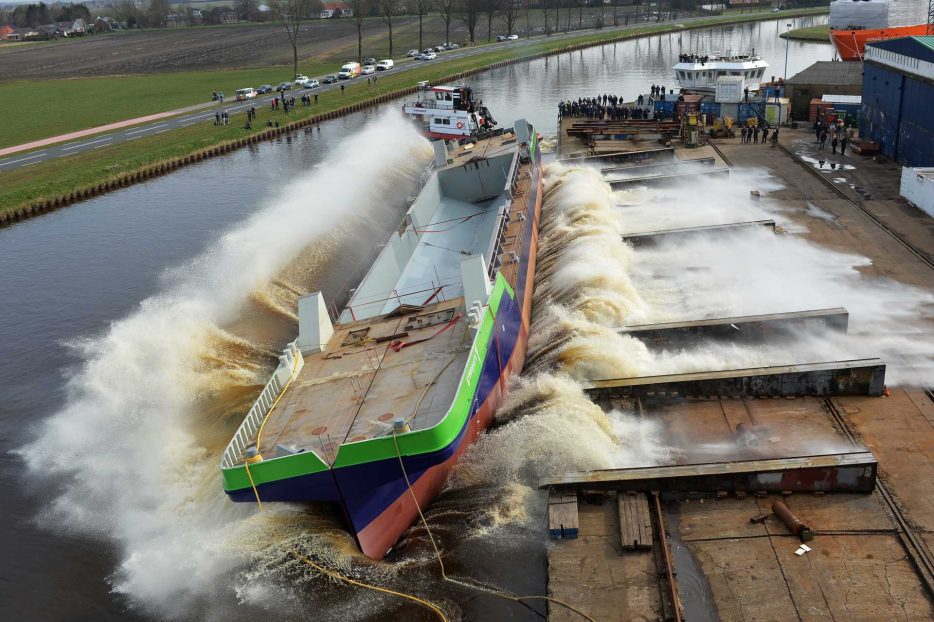 When planning the purchase of a new vessel, it has to be considered what alternative propulsion or fuel systems are available, if they could be used for the type of vessel concerned and its specific requirement profile: in addition to liquefied natural gas (LNG), other options currently include hybrid engines. Over the long term, however, we are endeavouring to change over to zero-emission propulsion systems such as fuel cell/hydrogen technology.